Tim has more than 25 years experience as a litigator. He has experience in a wide variety of litigation fields, including personal injury, governmental entity defense, commercial litigation, insurance coverage, and workers compensation defense. He also represented clients on public policy issues before local and state government agencies and boards. He has worked extensively on regional economic development issues both within Maine and in partnership with Atlantic Canada.

Tim worked on Capitol Hill for nearly six years. He served on the personal staff of Senator William S. Cohen handling a broad spectrum of issues. He served as minority staff counsel on the Senate Select Committee on Indian Affairs and was deeply involved in the drafting and enactment of the Maine Indian Claims Settlement Act. He was Staff Director of the Indian Affairs Committee during the 98th Congress and worked on several bills from the point of introduction through enactment into law. Later, Tim was an Associate Counsel on the Senate Iran-Contra Committee and was assigned to investigating the role of the Central Intelligence Agency in the Iran phase of that affair. He also served as an Assistant U.S. Attorney for nearly four years, handling all civil matters in his office and prosecuting complex drug conspiracy cases. Since 1987, Tim has been engaged in the private practice of law with an emphasis on civil litigation. From 1995 to 1998, he served on the Bangor City Council, including a term as Mayor of the City of Bangor. 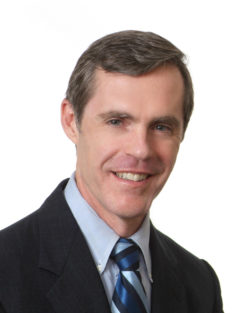