Jason represents clients in both civil and criminal litigation matters, in State and Federal Courts. A significant portion of his practice involves construction related matters and railroad issues. He also assists clients with disputes involving real estate transactions and boundary lines, as well as contract enforcement and negotiation. He also advises municipalities, with a focus on island and coastal communities. He is admitted to practice in Maine and Massachusetts.

He is active in the local community, and has been involved with numerous city and citizen committees including the Ellsworth City Charter Commission (elected), Ellsworth Public Library’s Board of Trustees (elected), Rotary Club, and the Knowlton Community Park Committee.

Out of the office, Jason enjoys sailing with his wife and their four children, and watching them play soccer. 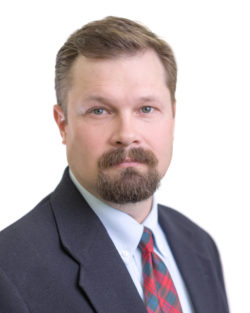