Christopher T. Uphouse is an Associate in Eaton Peabody’s Litigation Practice Group based in the firm’s Bangor and Ellsworth offices. Chris has general litigation experience covering a wide range of practice areas.

Chris represents clients in contested family law, probate, real estate, and small claims commercial disputes. He has helped defend local media outlets against defamation claims and has significant criminal defense experience. In the summer of 2019, Chris broadened his criminal law and trial experience as an on-loan prosecutor with the Penobscot County District Attorney’s Office. During his time at the DA’s office, Chris prosecuted or assisted in the prosecution of offenses ranging from robbery to OUI to civil traffic violations. Chris has litigated in both state and federal courts throughout Maine.

Chris graduated from Boston University School of Law in 2018, where he earned distinction for his written and oral advocacy as a moot court competitor. Prior to attending law school, Chris served five years as a Special Forces Weapons Sergeant in the 5th Special Forces Group (Airborne). He deployed twice during Operation Iraqi Freedom, serving each time as the primary advisor to a seventy-five man company of Iraqi Commandoes. Chris was ultimately awarded the Bronze Star Medal in recognition of his service.

Chris lives in Surry with his wife and four young children. When not acting as his children’s taxi service, Chris spends much of his free time renovating the family’s Civil War era farmhouse. On the rare occasions when he is not behind the wheel or de-constructing his house, Chris enjoys running, hiking, climbing, and camping with his family. 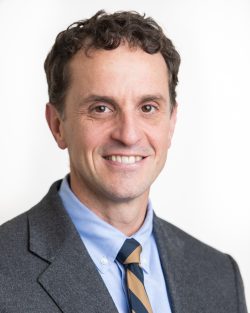