Charles is an Associate in Eaton Peabody’s Real Estate Practice Group based in Bangor, Maine.

While in law school, Charles worked as a law clerk at the United States Department of Justice, Environment and Natural Resources Division, Land Acquisition Section. He also served as a judicial intern for the Honorable Alfred V. Covello at the U.S. District Court for the District of Connecticut and as a legal intern at the U.S. Department of Energy. Charles worked as a summer associate at Eaton Peabody in 2019. Before law school, Charles held legal assistant positions at both the Queens County District Attorney’s Office in New York and a large New York City-based law firm.

Charles earned his B.A. in Environmental Studies from Carleton College, where he graduated with Honors in Music Performance and a Certificate of Advanced Study in French Language and Literature. He was also the principal tuba of the Carleton Orchestra and Carleton Symphony Band.

Charles is an FAA-licensed pilot, having earned his Private Pilot Certificate in 2011. In his free time, Charles enjoys hiking, skiing, snowshoeing, camping, and exploring the lakes, rivers, and streams of Maine by canoe.

Areas of Practice for Charles A. Bloom

States of Maine and New York 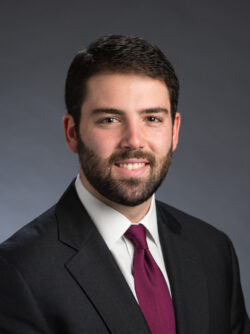