With more than 25 years of experience as a municipal bond lawyer, Peter performs the research, prepares the documentation and issues bond opinions necessary to sell municipal bonds. He has extensive experience planning and executing transactions to make the preferred rates of municipal bonds available for qualified private development.

On the municipal side, Peter has acted as bond counsel for towns, cities, counties, private and public sanitary districts and other units of government to find creative and effective ways to build schools, highways, water treatment plants and other forms of infrastructure.

Peter has been recognized as qualified bond counsel in “The Bond Buyer’s Municipal Marketplace” since 1991. A member of the American Association of Bond Lawyers, Peter has been approved as bond counsel by the U.S. Department of Agriculture, Maine Municipal Bond Bank, Maine Health & Higher Education Facilities Authority, Finance Authority of Maine and most of the state’s commercial banks.

In practice for more than 40 years, Peter also has broad experience with business formation reorganization and dispute resolution including both complex litigation and arbitration.

Since 1967, Peter has been heavily involved in alternative dispute resolution as an attorney and as a mediator and arbitrator of disputes. A former member of the American Arbitration Association’s commercial arbitration panel, Peter believes strongly that alternative dispute resolution can achieve positive results for clients without the time and expense of protracted litigation.

In recognition of his legal skills and professionalism, Peter has received an AV® Preeminent Peer Review Rating in the distinguished legal directory, Martindale-Hubbell®.*

After serving as an assistant staff judge advocate while a member of the U.S. Army, Peter became admitted to practice in New York and in Maine. He also is admitted to practice before the U.S. District Court for the District of Maine, the U.S. Court of Appeals for the First Circuit, the U.S. Supreme Court and the U.S. Tax Court. He is a member of the Maine State Bar Association and the Androscoggin County Bar Association.

He was honored in 2010 as the Auburn Business Association Citizen of the Year for his civic contributions and economic development efforts in his home city. Since 1990, Peter has devoted time and effort to spurring economic development in the Lewiston/Auburn area through his involvement with the Auburn Business Development Corporation, Lewiston/Auburn Economic Growth Council, the L/A Together Joint Commission, Citizens’ Commission on Lewiston-Auburn Cooperation and the City of Auburn Comprehensive Planning Committee.

As a member of the board of the Lewiston/Auburn Economic Growth Council, Peter played an important role in developing the wetlands banking program that has allowed for the construction of industrial parks and other commercial development in the region.

Peter has served as the president of the Gulf of Maine Ocean Racing Association and as co-chair of the American Heart Association’s Lewiston/Auburn Heart Walk fundraiser. Recently was appointed to the Board of Directors of the Androscoggin Land Trust.

Born in New Rochelle, New York, Peter received both his undergraduate and law degrees from Georgetown University, where he was a Williston Associate engaged in the research and writing of the third revision of the Williston Contracts. 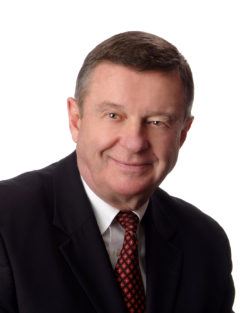