David S. Wakelin has been practicing in the area of ERISA pensions and estate planning matters for over 40 years. His practice focuses on pension/employee benefit (ERISA) matters and estate planning/probate matters, as well as some peripheral work on tax and corporate issues. His clients range from large multi-national corporations, with operations in Maine and Northern New England, to self-employed individuals, professionals, and small corporations. He regularly works with accountants, third party administrators, banks, stock brokers and health consultants and often supports fellow attorneys with their clients specialized benefit needs.

Prior to joining Eaton Peabody, David was the managing partner of the employee benefits law firm of Wakelin, Hallock & O’Donovan LLP. From 1975 to 1985 he was associated with Pierce, Atwood, Scribner, Allen, Smith & Lancaster, and a partner of that firm from 1980-1985. He was President and Managing Partner of H.M. Payson & Co., a diversified investment management firm from 1985 to 1987, during which time he maintained a pension consulting business. He is a 1969 graduate with distinction from Dartmouth College and received his J.D. (cum laude) from Boston University School of Law in 1975. In 1975, David passed the Maine State Bar with the highest score out of 95 applicants. As a “pro bono” commitment, David served for 20 years as a Trustee and Chairman of the board of Trustees of the Maine Public Employees Retirement System, which covers Maine state employees, teachers and municipal employees, from 1988 until 2007. He has been listed in The Best Lawyers in America and the Chambers USA Leading Lawyers for Business for many years. David and his family live in South Portland, Maine. 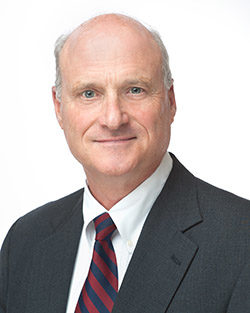